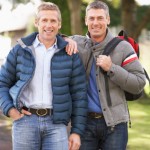 Dave’s story is one that is familiar with many gay men. He was feeling frustrated and despaired about the state of his love life. It felt like he was on a dating merry-go-round. His relationships were frequently short-lasting and he cycled through many brief flings and one-night stands that went nowhere.

Dave was also feeling disillusioned about the chances of creating a committed and long-lasting relationship with someone that he really loved. He seemed to have no problems starting a relationship, but they just didn’t seem to go any deeper than a hot sexual connection or a couple of dates with superficial chit-chat.

Dave was also over the vapid and superficial nature of the gay scene. He had done the clubs, pubs, and bars for years and thought there had to be another way to meet men that don’t involve alcohol, drugs and partying.

Dave was understandably a little cynical about group therapy and how it was going to help his ability to be in a relationship. He was not alone and in that initial meeting, he was feeling nervous about what the other guys would be like and what they would think of him.

At the first group meeting, Dave felt immediately relieved when he realised that he was not alone in how he felt. There were other men who related with what Dave was experiencing. The other men in the group had also felt lonely, isolated and fed-up with the superficiality of the gay scene.

Many gay men experience such powerful moments in gay men’s group therapy. They realise that we are not alone in our struggles and other men can relate to what we are going through. For the first time in his life, Dave felt understood, supported and connected with other men.

Through gay men’s group therapy, Dave began to experience intimacy with other men for the first time. He had had plenty of sexual experiences with other men, but he had never truly understood what it was like to feel close and connected to other men without the sexual subtext. What he also discovered was that he had some long-standing issues that affected his ability to be emotionally intimate with other men.

Through working on his personal goal of being more emotionally close in the group with other men, Dave was able to work through his intimacy issues. He learned how to communicate in ways where he was understood and respected. He also learned how to listen deeply to others.

Dave discovered that he was able to build healthy and sustaining relationships with the skills he developed in gay men’s group therapy. Dave also healed some of the wounds from his past that got in the way of him being in a elationship with others. He did this with the support, encouragement, and acceptance of the group.

Gay mens’ group therapy was a powerfully healing experience for Dave. After the group finished, he found he was able to take the skills he had learned in the group and apply them in his relationships. Dave was then able to build deeper connections with other men that were supportive, meaningful and nurturing.

Within 6 months of the group ending, Dave had met a new man and was being in a relationship in a completely different way. 2 years after the group they were still going strong. When asked how he was able to do this, Dave credited his experience in gay men’s’ group therapy as being a pivotal time where he was able to shift his old relationship patterns and create a relationship that was respectful, loving and rewarding.

If you can relate to Dave’s story, then gay men’s group therapy may be what you are looking for.

Only afew places remain. Apply today to secure your place

(All depictions in client journeys are altered to protect client confidentiality, and may include an amalgam of different cases seen in actual clinical practice.)