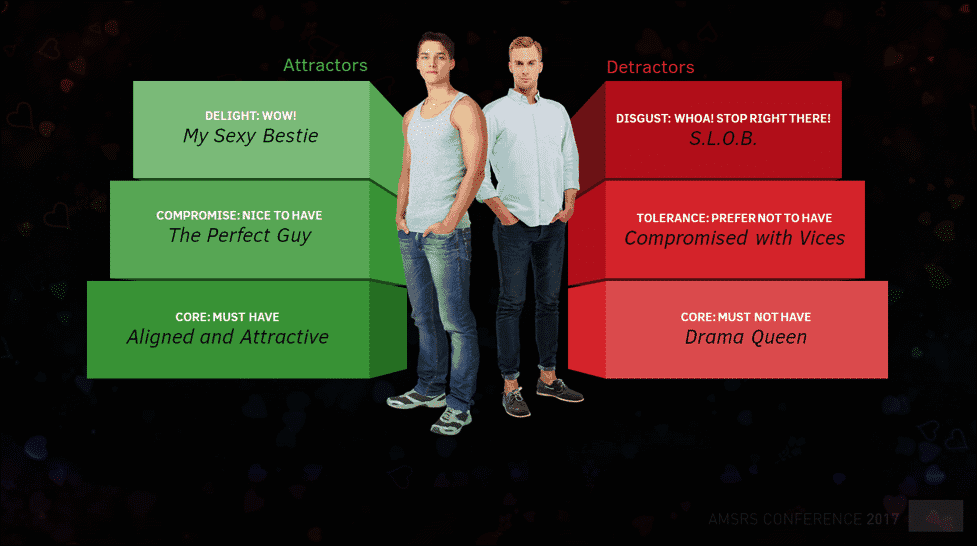 STUDY: What Australian Gay and Bi Men Want From a Male Partner

I was recently quoted in an article in the Sydney Morning Herald called, Body politics: Just how important are looks to gay men?

The reporter questioned me about a new study of 500 gay and bi Australian men that has yielded some interesting results.

First of all, when it comes to finding a life partner, their desires are not that different from straight men and women. This study, which was conducted in two stages for greater accuracy, was led by Social researcher Derek Jones of D&M Research.

Mr. Jones based this study on an earlier one he conducted on straight couples—it uses a technique he created called the Polygraph. This method looks at what people say they want or don’t want in a partner against the traits in potential partners that they actually find appealing or unappealing. Mr. Jones says of his method: ‘‘It reveals areas of alignment, but also unearths areas of non-alignment, such as attributes which have ‘attractor’ currency but are less likely to be articulated.”

The first stage of the study, which involved 100 gay and bi men, was qualitative. It looked at all the possible attractors and detractors and who in the public sphere might possess these qualities. These celebrities (14 perceived as ‘attractive’ and 14 perceived as ‘unattractive’), formed the desirability baseline. 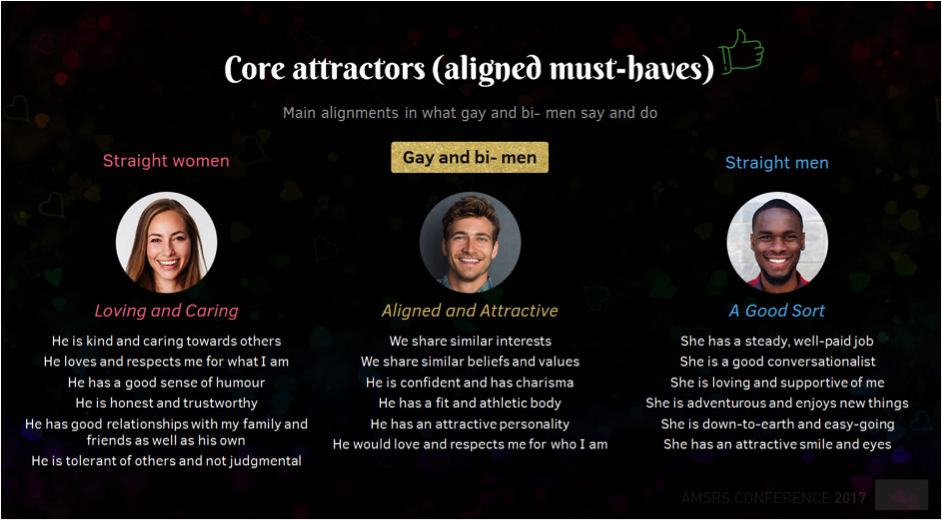 The second stage was quantitative and involved 400 more gay and bi men. It asked the men how much of a turn-on or turn-off each of the attractor and detractor features were and compared them to a derived standard (tied to an overall attractiveness score of each celebrity male with their associated attractor and detractor features). The two stages of the study worked together, comparing what men say they want or don’t want to features they are actually attracted to or repulsed by.

And the most desirable celebrities to gay and bi-men? First was Chris Hemsworth, then Ryan Gosling, then Hugh Jackman (he’s also the most attractive man to straight women). 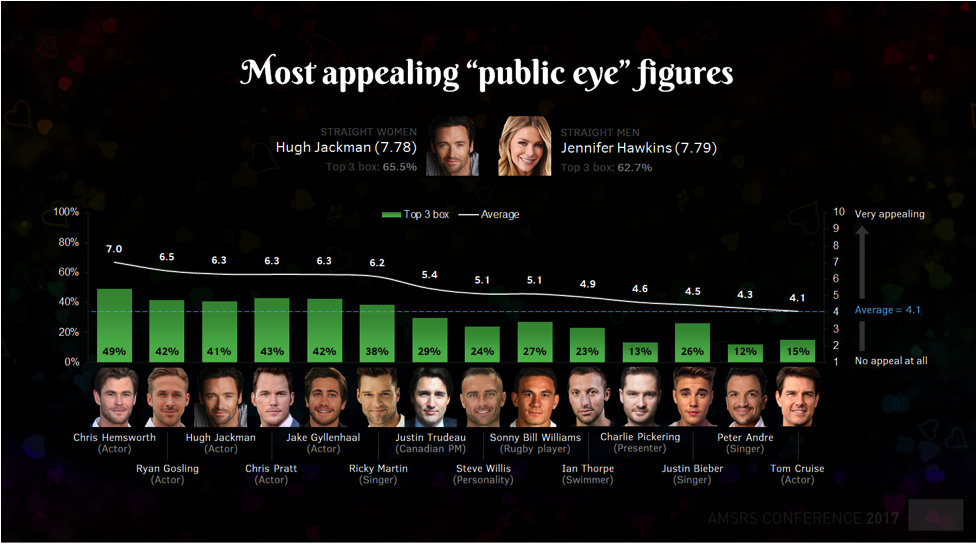 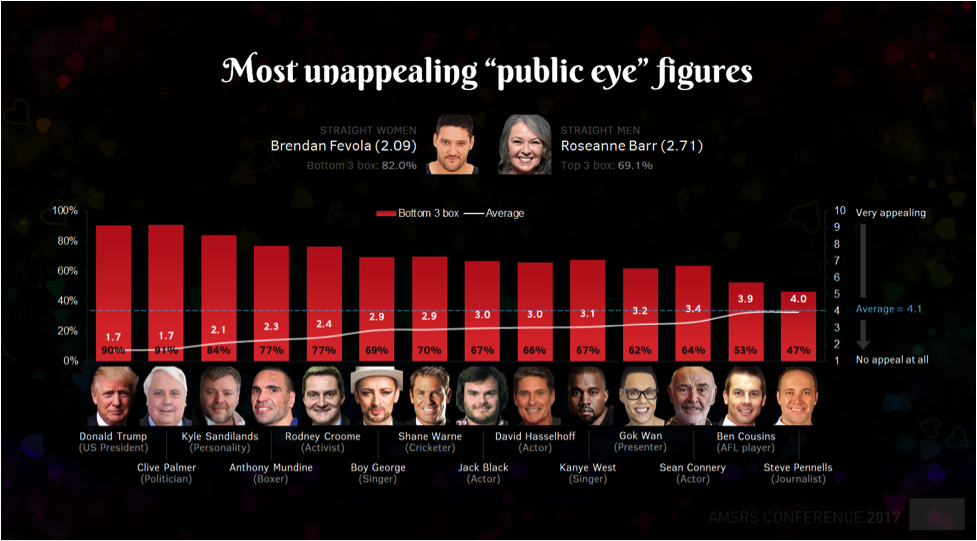 Essentially, gay and bisexual men want a male partner who is aligned with their beliefs, values and interests. The “must-have” traits: an attractive personality, a freely offered love and respect, confidence, and physical fitness.

Gay and bi men were willing to compromise on a few traits. They’d like their perfect guy to intelligent, educated, reliable, funny, loyal, and financially secure, but if other stronger attractors are there, these are all negotiable. (Some of the stronger attractors: a great ass, a strong endowment). The strong chemistry between men can overcome perceived lacks in a partner’s character. 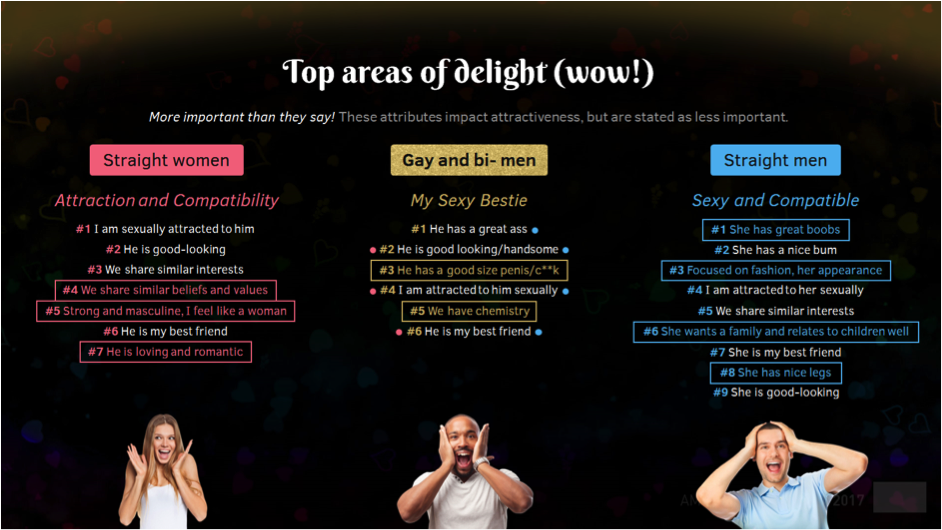 The strongest detractors? Arrogant, loud, bitchy men, with a lot of baggage. Not being completely out was also a deal-breaker. Being too effeminate or having poor social and conversational skills were also strong turn-offs. 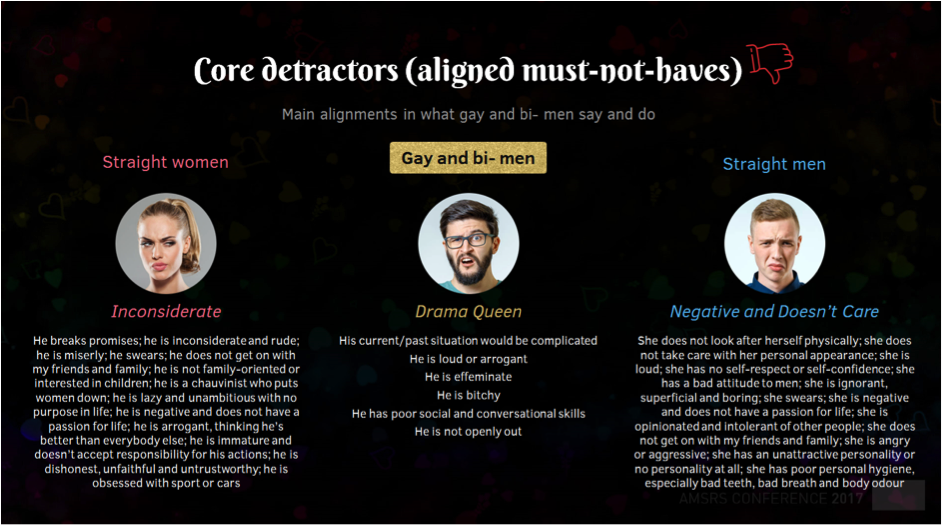 A majority of the gay and bi men said their perfect guy would ideally not already be in a relationship or strongly want to have a family (not necessarily because they don’t want one, but rather that it’s still hard for a gay male couple to do).

Addicts, workaholics, total slackers, men with bad personal hygiene, or guys just out for sex were also on the “not so much” list. Some of these flaws could be made acceptable if other attractors are present.

The last category was characteristics that caused disgust – things absolutely not acceptable in a mate. These include men who talk or swear too much, don’t take care of their appearance, or are overweight and thus, possibly no good in bed. 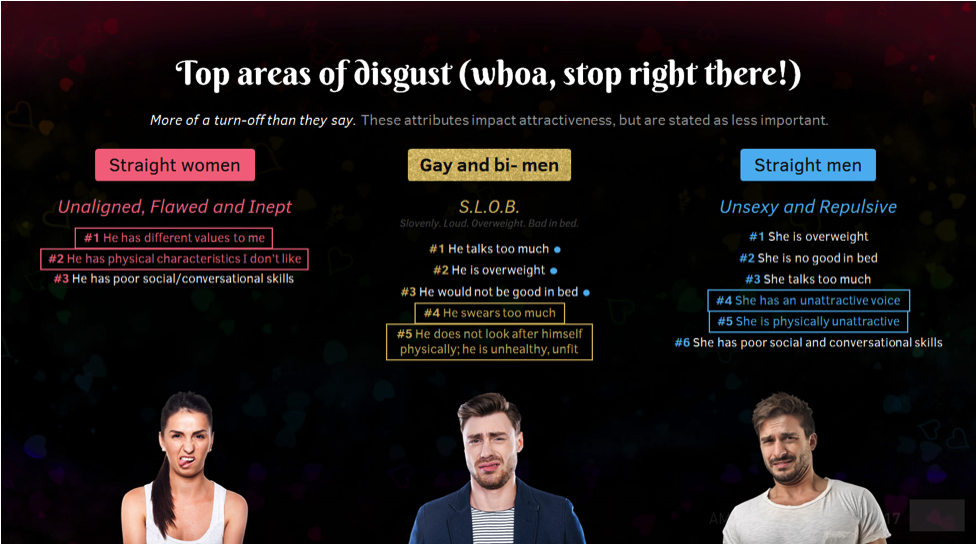 Overall, the results of this study were similar to the 2010 study of straight men and women—the need for love is the driving factor that brings people together. But gay and bi-men put more weight on sharing beliefs, values, and interests, as compared to straight men, who desire more “support” from their partners, and straight women, who want more “caring” in theirs.

One other interesting point: gay and bi-men seem to have fewer must-not-haves compared to straight women and men. Straight women had longer lists centred on “inconsiderate” and straight men had more “negative and don’t care” concerns.

If so, contact Sydney Gay Counselling on (02) 8968 9323 or book an appointment online today to find out how we can help.