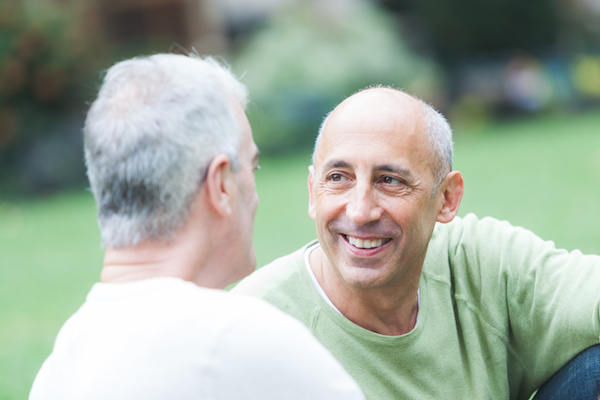 LGBTI people are less happy and have poorer health than the rest of the Australian population, a new survey says.

A new survey has shown some interesting data on the health and happiness of people and 702 ABC Radio wanted me to comment on some of the findings.

The results of this survey of 17,000 Australians showed that Australians living in the bush and those in childless de facto relationships, are more likely to be happy than those living in metropolitan areas and married with children.

ABC Radio wanted to speak to me specifically about the results that showed LGBTI (lesbian, gay, bisexual, transgender and intersex) people have poorer health and are less happy than the rest of the Australian population.

I’m not surprised by these results because in my work with LGBTI people over the last 13 years, I’ve noticed a range of mental health issues that present for this population.

While things seem to have improved for LGBTI people over time, particularly in large metropolitan areas where young people are often coming out at a younger age, it seems that as you move out of the large cities, experiences of homophobia and fear of coming out increase.

There are a number of factors that affect LGBTI people and some staggering statistics include:

And the sad statistic is LGBTI people are most at risk at home or school.

It seems we need to do much more to improve the mental health and wellbeing of LGBTI people, which includes increasing public awareness about the issues this population faces, as well as making support services more easily available to LGBTI people.