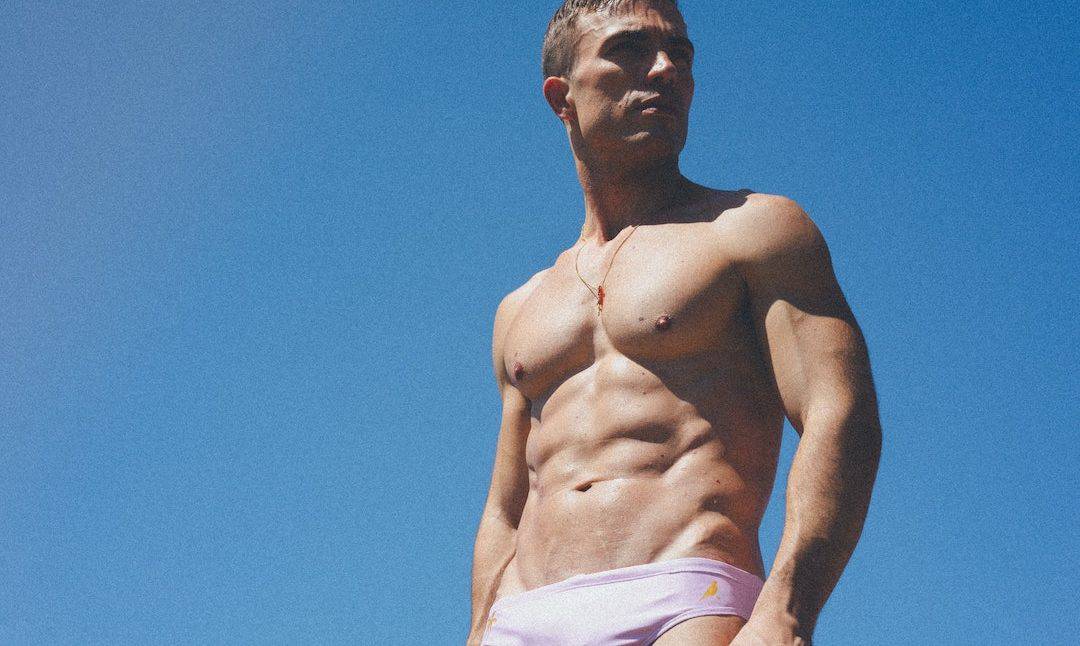 After working for more than a decade as a gay therapist with hundreds of single gay men who are desperate for a relationship, I have often caught myself wondering ‘why is this man single?’

You see, many of the gay men I’ve worked with are charming, well-educated, kind, caring, motivated in their careers, take care of their health, have networks of friends, are outgoing and gregarious, have a good sense of humour, and generally enjoy life and people.

Now, I’m not saying every gay man has all these characteristics, but many of the ones I’ve met in my clinical practice have at least a few of these and many more than a few. Which begs the question, if so many gay men are great ‘catches’, what’s getting in the way of them finding a long-term relationship?

While there can be many reasons why this might be so, I’ve boiled this down to some common themes I’ve seen in my own therapy practice.

Many gay men fear emotional closeness or intimacy with another man. A fear of intimacy is often about not wanting to be in a vulnerable position where you could be hurt by another.

It’s possible as a gay man you have a painful history that may include discrimination, homophobia, bullying or rejection. A common way to respond to these experiences is to cut yourself off from getting too close to anyone to protect yourself from being hurt.

Fear of emotional closeness makes it difficult for you to develop a connection deeper than a superficial or sexual relationship.

To overcome your fear of intimacy, ultimately you have to take emotional risks with other men. And along with that is the risk you may be hurt.

LGBTQIA+ affirmative therapy can also help address your fear of intimacy and reduce your blocks to closeness with other men. 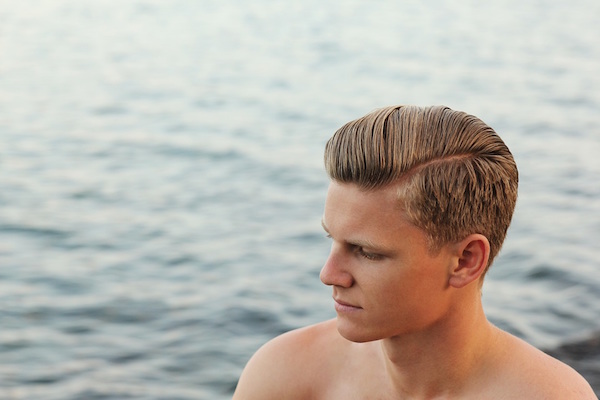 2. You’re not moving beyond transactional sex

It’s no secret that many gay men treat anonymous casual sex as a recreational sport or hobby.

Being highly sexually active or promiscuous is often a response to coming out – often called delayed gay adolescence. As a gay man, you probably came out after your heterosexual friends were running sexually rampant. The desire to have a lot of sex can be a way of ‘catching up’ and a natural part of the gay coming out process. Plus it’s never been easier to meet other guys for casual sex than now with gay hook-up apps like Grindr, Scruff and Tinder.

However, if you get stuck in this stage of lots of casual sex, you can start to believe that sex equals emotional closeness and intimacy. But the two are actually quite different.

Make sure you’re developing deeper relationships with other men – even if they are only platonic friendships because this is the first step to developing a deep, loving relationship with another man.

Many gay men lack the confidence to go after what they want. And this really shows up when I see guys that are smitten with another guy, but are too scared to do anything about it.

Perhaps you’ve seen someone you like, or you know someone you would like to developer a deeper relationship with, but you hold back, making excuses for why they wouldn’t be into you. This is often an indicator that you lack confidence.

There are a whole number of reasons why you might lack confidence, which include your experience of growing up gay in a straight world, internalised homophobia, shame or lack of support when coming out.

Developing genuine and enriching relationships with others is also an important part of increasing your confidence. 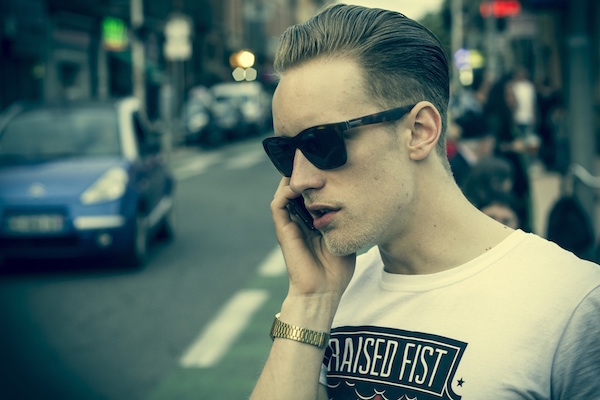 A lack of confidence is often closely related to a fear of rejection.

One of the reasons gay men don’t move towards what they want is they fear being rejected by another man.

So a safe way to avoid your fear of rejection is to not get too close to anyone.

This works as a strategy in keeping you safe from being rejected, yet it also sabotages any efforts you might be wanting to make in getting closer to someone else.

The experience of growing up gay in a straight world means that you’ve often experienced rejection in many overt and covert ways by the time you’re an adult. You may have developed defences against your fear of rejection, and these defences are actually keeping you separate from other people.

5. You struggle with internalised homophobia

Many of the men I speak with don’t believe at first that they have experienced homophobia or have internalised homophobia.

But homophobia can be an incredibly subtle experience and one that you may not even be aware of at times.

It can be as subtle as seeing an expression on your parent’s face when they saw an overtly gay person, when you were growing up. Or it could be a parent or friend expressing their disgust about a gay person or gay event – such as Mardi Gras – when you were a teenager.

You are often absorbing messages of shame and disgust that our friends, family, the media, and wider community have in relation to homosexuality. And it’s in the process of taking these messages in that you start to feel shame or disgust about yourself – and you don’t even know it’s happening.

This is problematic for your relationships because if you feel shame, dirty, sinful, disgusting or any other deeply negative emotion about being gay, even unconsciously, this will undermine your efforts to build a healthy relationship with another man. It can often be the reason why so many gay men sabotage their relationships before they get too close. 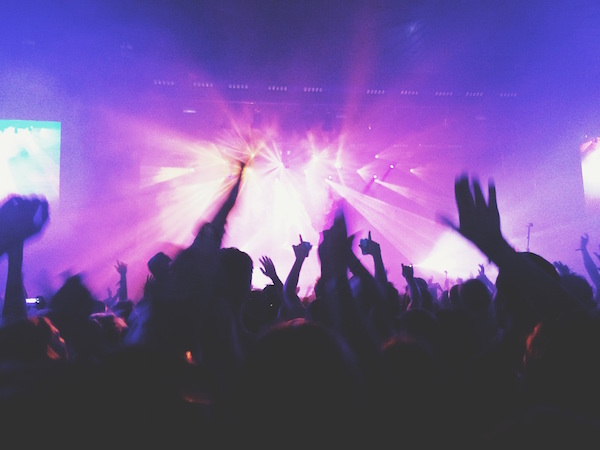 6. Your relationships are shallow and superficial

One way to prevent yourself from forming deeper relationships with other gay men is to make sure you surround yourself with lots of shallow and superficial relationships.

You know the type of relationships I’m talking about- they will be by your side in an instant when you’re about to hit the bars or clubs and are having a good time drinking or drugging, but the moment you’re having a personal crisis or problems, they are strangely nowhere to be found.

Then there are the ‘Claytons friends’ who disperse life and relationship advice to you when you’re at a party or in a club, but they aren’t really interested in connecting with you outside of the gay scene.

Taking an audit of your friendships will give you a sense of how much substance there is to those relationships and perhaps get you thinking that maybe it’s time to find some better people to share your life with.

7. You don’t have a mix of straight and gay friends

Not having a mix of straight and gay friends might sound like a strange reason why you’re still single, but there’s actually some sound research behind it.

Research has shown gay men who are more integrated into the community as a whole- not just the gay community- report higher levels of satisfaction in their lives.

And this kind of makes sense, really. If you’re a gay man with a only very limited network of friends on the gay scene you will tend to not do as well in life and have greater problems in your relationships and health.

Start by socialising and developing friendships with straight people so you can feel greater happiness and confidence in your life.

8. You haven’t come out to family and friends

If you haven’t come out to family of friends, or perhaps you have only partly come out to some people, this can impact your ability to form a long-term intimate relationship.

Many times I have seen a gay relationship break down because one partner was out and the other partner was not willing to come out.

This creates conflict because one partner is living their life in an open and authentic way, while the other partner is still in the closet having to hide their gay friends and being cautious to be associated with gay people or events.

If you’re having problems finding a partner and you haven’t come out, first focus on coming out to family and friends so you can improve your confidence, pride and self-acceptance.

It’s much easier to start a relationship when you feel really good about yourself and how you’re living your life. 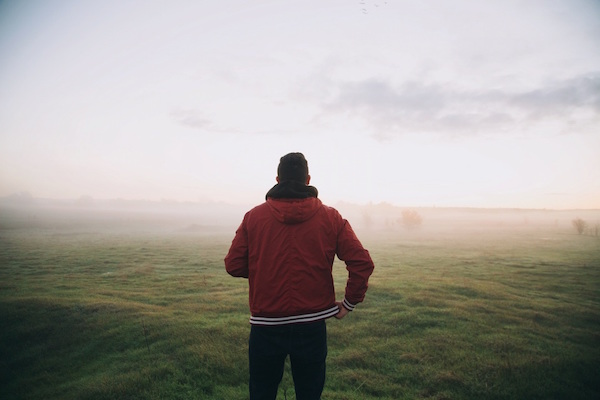 9. You have negative beliefs about relationships

We all carry beliefs and scripts within us about relationships and life.

You just can’t go through life and be affected by your family of origin, life experiences and other significant relationships. And it’s through these experiences that you form beliefs that become a part of how you view the world and your relationships.

While we might be making slow progress, unfortunately, we don’t yet live in a world that completely accepts gay people and gay relationships. Growing up in a predominantly heterosexual world shapes you as you realise that you’re different from the majority of society.

Beliefs such as “I’m not loveable” or “I’m unworthy” can be carried for many years and silently undermine your attempts to form deeper connections and relationships with other men.

Therapy can help you begin the process of unearthing these buried beliefs so you can discard them and form more positive and healthy beliefs about yourself and your relationships.

Sadly, many gay men have grown up in families where the model of relationships was dysfunctional, violent, aggressive or just plain unhealthy.

As a child, you’re influenced by the model of how your parents and your siblings all related to you and each other. And when the model is one that is destructive and unhealthy, this, in turn, affects your ability to form your own healthy relationships. It’s like you have a blueprint for a house that once built, will fall apart.

While many gay men have distanced themselves from a parent or both parents in an effort to not be influenced by them, the DNA in your cells is more powerful than thousands of kilometres between you and your family.

The other challenge is you may lack positive role models of other gay couples in long-term relationships. You need these role models in your life so you can see it is possible to have a healthy, loving and committed relationship with another man.

Working through your early childhood experiences in therapy will help you deal with any unfinished business from your past. You can then overcome your past and form a long-term, healthy relationship.