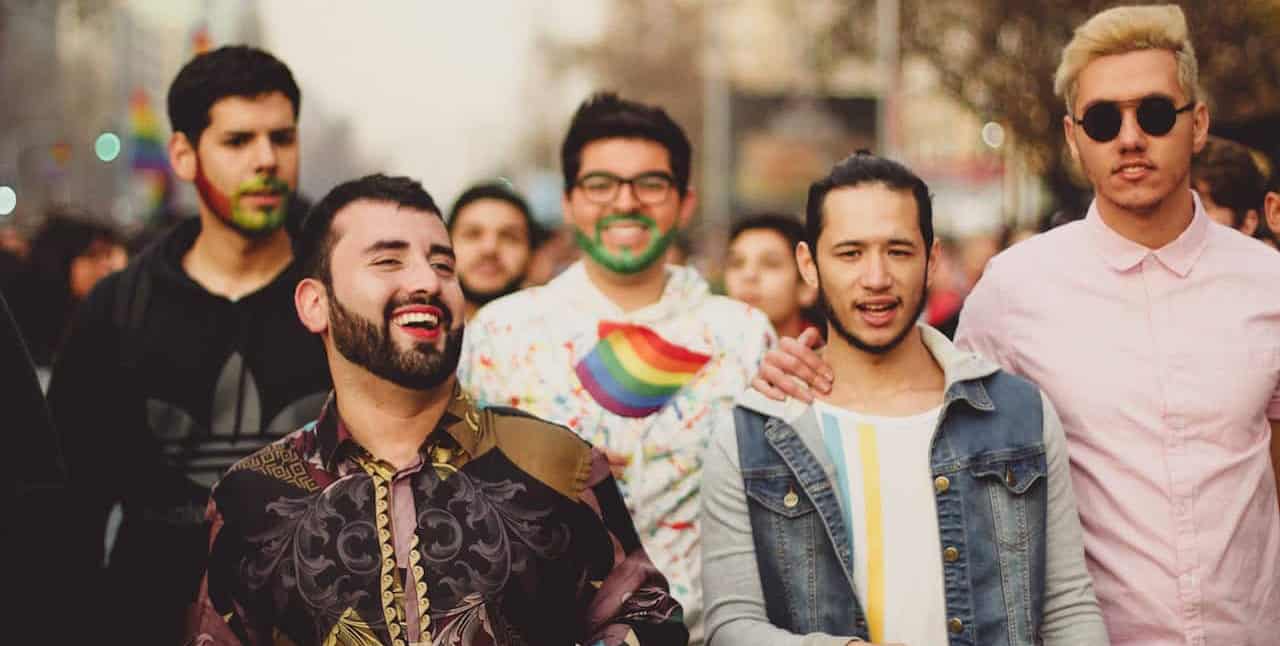 The 6 Stages of Coming Out as LGBTQIA+

Making the decision to ‘come out’ can be an intensely emotional and stressful situation. The thought of revealing your true self to the people in your life can be daunting, potentially opening you up to rejection, ridicule and ignorance. However, it’s good to understand the steps involved in coming out whether you’re just considering it, or somewhere along the path already.

Coming out (short for the older expression “coming out of the closet”) is the process through which you explore, define, and share your sexual orientation and/or gender identity with the people around you.

Whether for better or worse, as an LGBTQIA (lesbian, gay, bisexual, transgender, queer, intersex or asexual) person, the coming out process lasts a lifetime. Recognising, accepting, and expressing your non-normative sexual orientation and/or gender identity is a series of developmental stages special to you.

Unfortunately, straight and cisgender (cisgender means your sense of personal identity and gender corresponds with your birth sex) is the default worldwide, so you’re going to have to come out repeatedly, to different people—until our culture changes, that is.

It’s not all bad, though— as an LGBTQI person, you have a unique experience in that you’re constantly exploring and redefining your sexual orientation and/or gender identity, leading to a higher level of self-awareness and personal engagement than many people ever achieve.

The Cass identity model was first published by Vivian Cass in 1979 and is still referred to today to describe common stages of coming out gay. Later, it was restated in Ritter and Tendrip’s 2002 Handbook of Affirmative Psychotherapy with Lesbians and Gay Men.

While the original theory focuses on monosexual, cisgender queers, the process applies to all LGBTQI people who are coming into their own in a homophobic and transphobic society. This model can help you understand where you’re at in the coming out process, and where you need to go next.

A note: the stages of coming out are not linear, and don’t always come about in the same order. You might not go from stage one to two, to three, and so on. You can temporarily skip stages or land in the same one twice. Everyone’s coming out process is unique, so don’t worry if your journey looks a little different than what is described here. All gay experiences are valid!

Here’s a brief summary of the 6 stages of coming out:

This phase doesn’t feel very fun, but it’s one that almost every LGBTQI person goes through on their quest to manifest their true selves. You might find it can last for years or for just a short time, but it almost always includes having feelings of being disconnected and different from others.

Some common thoughts you may have during this stage include:

Some people enter individual psychotherapy at this stage in an effort to clarify what the confusion means.

For example, transgender woman Cassie was in this stage when she was a child and couldn’t figure out how to play with the other boys without getting teased. She didn’t know exactly why, but she just couldn’t navigate male social spaces successfully. She’s not informed about transgender identity, so she had no way to ascribe that label to herself, but something about being a boy just wasn’t working for her.

This is the “bargaining” or “rationalization” stage. You might have admitted to yourself on some level that you’re feeling same-gender attraction and/or gender nonconforming feelings, but you’re reluctant to take on a particular label.

Some common thoughts you may have during this stage include:

John, went through this stage when he heard about gay men on TV and realised that maybe that label could be applied to him. He spent a lot of time “trying on” different words and images in his head and wondering about the possibilities. Was he really gay? Or was he bisexual? Or was it just a phase he would grow out of?

In this stage, you’ve tentatively accepted a label (such as gay, lesbian, bi, queer) and feel tolerant, but not fully accepting, of your gay identity.

When you’re in this stage, you’ll usually seek out other gay people to connect with, because the feeling that you’re not like straight and/or cisgender people has become stronger and harder to deny.

During this stage, it’s particularly important for you to forge constructive connections with other gay and queer people, as this will foster your positive sense of self and more comfort in committing to a particular label.

In this stage, Jonelle has started to go to local lesbian support groups and find lesbian friends on dating sites. She sometimes fantasises about being sexually intimate and emotionally close with another woman, but she doesn’t feel great about the identity of lesbian yet.

At this stage, you’re often forming solid friendships with other LGBTQI people, leading to a more accepting view of your own sexual orientation and/or gender identity.

When you’re in this stage, you no longer wonder “who am I?” or “where do I belong?” because those questions have been answered by your warm acceptance into the gay community.

It’s possible you will continue to pretend to be heterosexual and cisgender in some situations and will lie or avoid the topic with family members and friends who might not be accepting. However, with close cisgender/heterosexual friends who you know will take it well, you might very well decide to come out.

Max, who identifies as bisexual, has begun some good friendships with other bisexual people who are at varying stages in the coming out process. He’s beginning to feel like himself around his new friends and does more to express himself while he’s in their company. He isn’t out at work or with family, but he looks forward to a time when he might be able to be more genuine in his day-to-day life.

This stage comes with some ambivalent feelings that aren’t nearly as strong in some of the other phases.

During this stage, you might dive into the gay and queer subculture and consume literature, art, and other media by LGBTQI creators. It’s also common for people to form a long-term gay relationship at this stage.

You may come to realise the great gulf between your pride in your own identity and the homophobia and transphobia in society at large. While before you were rejected by individuals, you now feel rejected by the entirety of their culture.

You may feel a lot of anger at this point and can lose any faith you had in traditionally cisgender heterosexual institutions like marriage and gender roles.

Sometimes, this particular mix of anger and pride will result in you becoming an outspoken activist for causes you care about, whether they’re related to your LGBTQI identity or not.

John had a difficult time when coming out to his parents. Thankfully, he was able to receive support from a local LGBTQI youth support service. He is passionate about helping young LGBTQI people get the support they need, so he now donates his time at the local youth service and marches with this organsiation in the annual Sydney Gay and Lesbian Mardi Gras. He is an advocate for LGBTQI youth and speaks out against homophobia and transphobia to make the world a better place for himself and for people like him.

The anger that pervaded stage five has abated somewhat, and you’re now willing to admit that there are cisgender heterosexuals that are trustworthy and that the “us versus them” mentality that you previously embraced wasn’t necessarily an accurate picture of the world.

In this stage, you have integrated your LGBTQI identity into your personality as a whole, and no longer feel ambivalent about your sexual orientation and/or gender identity.

At this stage, John has become less interested in activism and more interested in living his life exactly as he pleases. He proudly comes out as gay to everyone in his life because he realises that while his culture might have harmful beliefs about gay and lesbian people, many of his friends surrounding him have good intentions. John feels a deep sense of pride in his sexual orientation and considers it a core aspect of who he is as a person.

The Cass model is not a prescriptive journey that all LGBTQI people necessarily go through, but it can help you get a sense of where you’re at in the coming out process and which stage you may be stuck in.

Surrounding yourself with positive LGBTQI role models can help you develop a greater sense of pride over time, which can lead to greater freedom, confidence, and success in your life.

Are you a gay, bisexual, or lesbian person who is struggling with coming out?

If so, contact Sydney Gay Counselling on (02) 8968 9323 or book an appointment online today to find out how we can help.