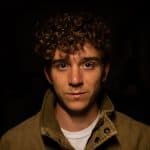 If you didn't catch the 'It's time' video below at the end of 2011, you were probably in the minority of gay men. The video produced by Australian Marriage Equality went viral after its launch and now has over 5 million views on YouTube. You can check out the video below... This video deeply touched the hearts of many gay men. I heard … END_OF_DOCUMENT_TOKEN_TO_BE_REPLACED